Due to the concern regarding the outbreak of coronavirus (COVID-19), we have announced to postponement of opening the  Exhibition "LETTERS Tangling Unravling" . We sincerely apologize for any inconvenience this may cause and kindly ask for your understanding. (01/08/2021) 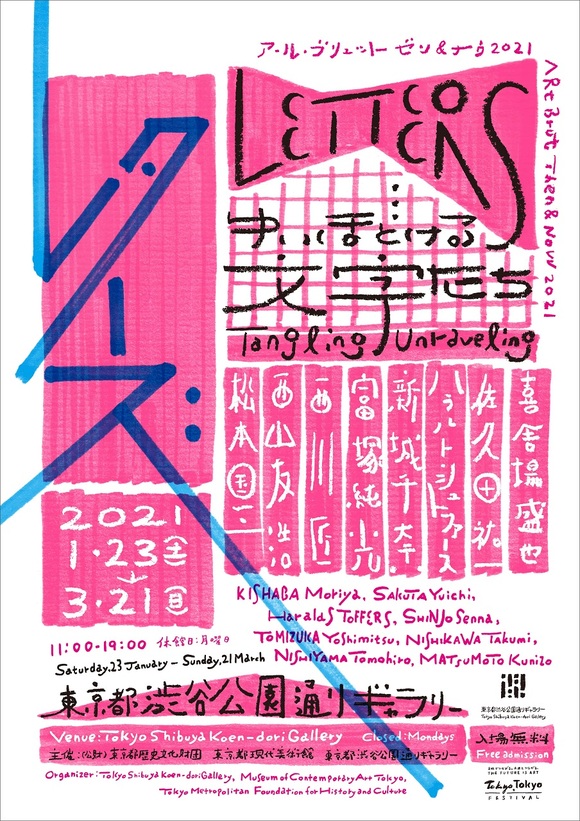 Born in Kanagawa Prefecture in 1986, NISHIKAWA has participated in “atelier panpaki” in Yokohama City since around 2000. With his own technique of dissolving watercolor paints in soapy water, he draws a variety of subjects, such as buildings and sweets, adding meticulous written descriptions of each image. Major exhibitions include POCORART Open Call vol. 9 Awards Exhibition 7: Shapes of Love (Arts Chiyoda 3331, Tokyo, 2020).

With the exhibited works as a departure point, speakers from various professions who work in a close connection to letters will talk about the aspects of letters that appeal to them and the possibilities for expression using letters.