From 16:00 to 18:00 on Saturday, 23 October, exhibiting artist YAMASAKI Ami will be at the gallery to give occasional voice performances. The archive video of this performance and talk will be released later.

In the exhibition, Yamasaki presents a work in which she edits the sounds of Shibuya with the guidelines of "sound" and "resonance" for herself. The work launches a soundscape that is not unlike the real world outside the gallery's window. As her own voice is used in the work, she, as a voice artist, usually captures the inherent resonance of space through her voice, making the unheard present.

If you would like to hear Yamasaki's voice performance in person, please gather in secret. 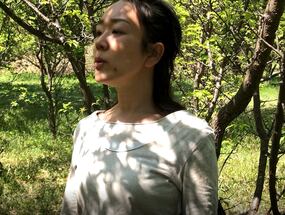 Voice artist. Using a method similar to echolocation, she transforms acoustic shadows in a space through performance and installation, questioning how the world is formed. In 2022, her work will feature in "KYOTO STEAM 2022" (Kyoto City KYOCERA Museum of Art) and "JAPAN. BODY_PERFORM_LIVE" (Padiglione d'Arte Contemporanea, Milan)
PAGE TOP